MORE THAN 30 YEARS OF SUCCESS STORIES 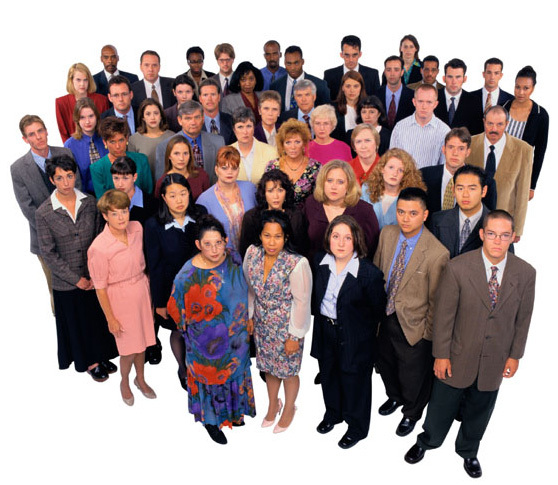 We’ve been on the internet since it was all characters and DOS commands. We developed our collaboration network through the mid nineties when we finally had color monitors and could even see images. In 1997, at the about the same time as Google registered their name, we registered ours. We didn’t do as well as Google. In fact the first version of our collaboration site was such a huge failure that it took a few years to get over it and go for a relaunch. The second launch was successful with all the initial participants building successful businesses that keep on growing up to today. The problem is that we all got too busy with our own success stories and forgot about the aspiration of “One for All and All for One”.

The third launch was done in the beaches of Panama where we created a directory. At the time, our networks and directory were far superior to Yelp that was just a simple email-based referral network. Our humble effort sparked a spectacular success that helped Panama come out of its 2002 – 2005 recession when the GDP climbed from $11.691 billion in 2002 to $21.121 in 2007. This was an incredible 181% GDP increase in just 7 years.

Today, some 17 years later, the technologies are finally well established for local entrepreneurs to link with smart contracts and social ledgers and pool their resources in collaborations that rival multinational organizations in the areas of:

Throughout the globe, we have assembled a team that can offer you whatever you are missing in any of the above areas. All it takes is a smart phone with data and you can participate in projects that previously needed a multi million dollars investment just to get off the ground. If you have the determination to succeed and the willingness to take immediate action the time to join us is now.

MORE THAN 30 YEARS OF SUCCESS STORIES

We were the first Marketing Research Agency to use focus groups for qualitative analysis and development of print ads.

Leveraging local promotions with flyers and other methods that were largely unknown at the time, our team launched a stereo startup that experienced tremendous growth.  We opened 6 stores within 2 years and became market leaders.

Our team was the first to introduce postal drops of co-op fliers in Toronto.  Our effective marketing method and efficient format was immediately copied by ValPac that had a 10-year head start in this business from their Florida operation.  Once ValPak copied our systems, their business exploded and by 1985, they were bought out by an international printing conglomerate.

We marketed a Canadian Health Care startup that was the first one to introduce the use of electronic devices for weight loss.  Our legal group, assisted in forming an offshore Foundation that consisted of entities in the Barbados, Cayman Islands and Dutch Antilles. The nickname for this structure was “a Dutch Sandwich”.   The tax relief freed the startup from the excessive Canadian tax burden and allowed them, in less than 2 years, to finance  –  from internal cash flow  –  the opening of 16 highly profitable clinics.

We became involved with the development of software used by Local Exchange Trading Systems (LETS) that was eventually combined with cryptography and became Bitcoin’s Grandfather.  In 2009, a group of crypto-scientists using the Pseudonym Satoshi Nakamoto introduced the first blockchain database that was used in the implementation of Bitcoin.

We were among the pioneers that re-established the defunct Art Deco district in Miami’s South Beach.  We started operating a Talent Agency with an Infomercial/Music Video production facility that attracted international Photographers, Models, Musicians and entertainment Industry investors.  Within a couple of years South Beach was transformed into a Tourist Mecca.

We turned our focus to the service of medium sized businesses that were expanding into international markets. We started providing full service consulting in International Marketing, Offshore Asset Protection and Tax Shelters.

We expanded our services to include funding and marketing Real Estate and Business acquisitions.  Most of our Marketing was done offline using the phone number (800) EASY-YES. Back then, businesses believed the internet was another fad where only the adult industry could generate revenues. We disagreed and registered the name of EasyYES.com at about the same time as Google.com registered their name.
2000

Using the portal EasyYES.com, we begun Marketing our Collaboration Systems as a more efficient system than the more popular Competitive Models.

EasyYES.com was fully developed and started operating the first collaboration community between Costa Rica and Canada where the participants shared a pool of Finance and Marketing services.

Our team expanded into Panama when the country was in a deep recession.  We recognized Panama’s many advantages and created an international collaboration campaign that became instrumental to the Country’s subsequent economic explosion.  Within three months, $20 million worth of Real Estate properties – that were exclusively advertised by our group – were completely sold out.  Panama’s Real Estate prices doubled, the government started licensing Realtors, companies like Century 21 and Re/Max moved to Panama and the economy has never experienced a recession since then.

The Offshore business started going into the mainstream and EasyYES.com expanded into Marketing world-wide Offshore Investments.
2008

The Collaboration concept of the EasyYES.com portal was ahead of its time while the Offshore Industry started booming. Our group decided to focus on OffshoreWW.com and specialize exclusively on Offshore Services.

2017
The year 2017 will go down in History as the tipping point of BlockChain adoption by the mainstream.  EasyYES.com expanded the development of decentralized networks of blockchain based technologies by introducing Smart Contracts to resolve Privacy and Trust issues of the participants in the diversified digital collaboration communities.